Mother dies in Edmonton after getting the vaccine 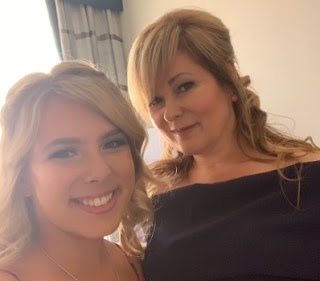 CTV is reporting that "Family and friends say a woman from Edmonton has died after receiving the AstraZeneca vaccine in late April. Tuesday night, the Chief Medical Officer of Health Dr. Deena Hinshaw announced the vaccine-induced death of an Alberta woman in her 50s online. 'My apologies for sharing this sad news so late, but we’d promised to alert Albertans as soon as possible in such confirmed instances,' she said."

"Hinshaw and Alberta Health would not confirm the woman's identity, but family and friends say her name was Lisa Stonehouse, a 52-year-old mother from Edmonton." CTV's video of her daughter is heartbreaking. She was excited to get the vaccine so she could travel.

This is the third fatality in Canada that I am aware of. One in Quebec, one in Lytton, BC and now one in Alberta as well. What makes the fatality even worse is the fact that she was sent home from the hospital. I realize one person out of 900 who took the vaccine is a small percentage but it's not an allergic reaction, it's a fatality. The benefits don't outweigh the risks for this family.

What's so astounding is that 20 years ago the vaccine would have been halted instantly and wrongful death lawsuits submitted to the courts. Now they just slap a warning on the label and say we warned them while the corporate drive continues. That is criminal.

What's also astounding is the corporate drive to push the vaccine. On my way home today I saw a billboard at the rec centre which said "Which vaccine is best? The first available one." put out by the City of Surrey. Evidently that vaccine was not the best choice for that family.

CNN admitted that the reason for the current unwarranted lockdowns and travel restrictions is to push the vaccine. I have never been anti vaccine but I find the bizarre corporate drive to force experimental vaccines on us very George Orwell. That is why I now support Vaccine choice.

If they can circumvent law suits by simply putting a warning on the label, then they can't make these experimental vaccines mandatory. If they make it mandatory, they are laible for wrongful death law suits. These vaccine passports are completely unethical.

There's a Vlogger on Bitchute that makes some good points about the corporate drive to get a vaccine. There's a whole list of free things you can get in the States if you get the vaccine. None of them are healthy. This is completely insane. Dr Vernon Coleman pointed out that during the Covid pandemic, there have been zero cases and zero deaths from the flu yet the overall death rate hasn't changed durig the pandemic. That says it all. We've been had.

In Dr Simone Gold's recent address, she points out how the Wuhan virus was rebranded. Epidemics have been historically named from their place of origin. The Ebola virus was first discovered in 1976 near the Ebola River. The Zika virus is named after the Zika Forest in Uganda. Lyme disease was first described in Lyme, Connecticut. The Rocky Mountain spotted fever and the Spanish flu are two more examples. Covid 19 was originally called the Wuhan virus because that was its place of origin. It was rebranded to hide the truth.

The virus did come from bats but it didn't come from eating a cooked bat. There were no bats sold at the seafood market in Wuhan where the pandemic was launched. The research lab in Wuhan was studying corona viruses in Chinese bats. Someone from the lab contaminated the seafood market. Dr Fauci's foundation funded the research on the bats at the Wuhan lab. 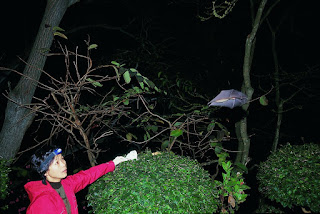