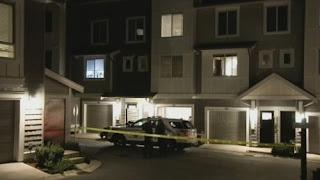 The Canadian Press is reporitng that "A woman is recovering from gunshot wounds following a shooting in Surrey Tuesday evening. RCMP were called to an area near Fleetwood Park just before 9 p-m for a report of a dropped 9-1-1 call, with further calls received about shots fired while officers were on the way. Officers found the injured woman when they arrived at the scene, and a male suspect was taken into custody."

May 2nd a Surrey woman was shot in Burnaby. A 43 year old man was taken into custody. Beating women is never acceptable but shooting women is even worse. I don't know if these incidents were related to the drug trade or nor but domestic violence is inexcusable.

Recently the press reported that Canada is seeing a mental health crisis from the lockdown Ya think? This is what I meant when I said Bonnie Henry does not care about your health and well-being. John Horgan does not care about domestic violence. They are both promoting it with their illegal and unnecessary restrictions. Actions speak louder than words.

One of the obvious side effects from lockdowns aside from increased fatalities from canceled surgeries and treatments is domestic violence. All of us have to accept responsibility for our own choices. Yet when the government won't let you go to work, the stress from not being able to pay bills or feed your facility is off the roof. Domestic violence increases as a result.