Police use live ammo on peaceful protesters in Colombia 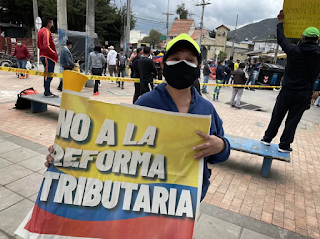 I hesitate reporting on this but I suppose I'm damned if I do and damned if I don't. Getting the truth out there is the only way to protect innocent lives from being shot dead and to stop extremists from high jacking a movement with violence for their own ulterior motive. Global is once again completely misrepresenting the situation there.

NPR is reporitng that "even though Colombia is still climbing out of its deepest economic downturn, President Iván Duque is trying to raise taxes. All this prompted massive protests in Bogotá, Medellín, Cali and other cities by shopkeepers, union leaders, teachers, university students and retirees." The president of Colombia is raising taxes amidst lookdowns and curfews. People are protesting en mase as a result. The protests in Cali are peaceful.

This is a video clip of a protest in Cali Friday.

This is a video of the riot police, Esmad, using live ammo on protesters Friday in Cali. When someone sent that video to a local media outlet, the government cut the power to the city.

I don't normally do this but this is a picture of two dead bodies the riot police shot dead on the other side of Cali, April 30th 2021. When the president said he will protect citizens from violence he lied. He will kill them if they protest his Covid tax hike. God save the people. 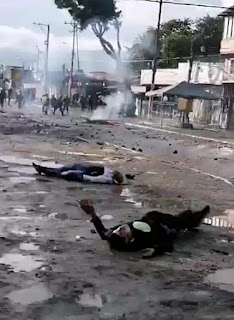 There are more dead bodies. I have more video footage. 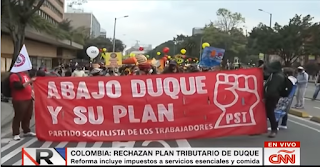 Socialists in Bogota are planning a coup today. This is not good. 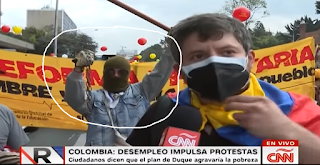 Rioting and looting are never good. I support law and order. 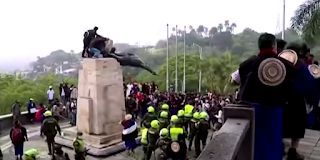 I don't support tearing down statues of good people but the conquistadors were not good people. Sebastián de Belalcázar was a bad man. Just remember that in Communism, no lives matter. Indigenous people have no rights because in Communism no one has any rights.

This is the peaceful protest in Cali today against tax hikes during lockdowns. 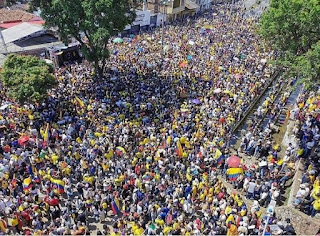 Communism taxes everything you have. "You'll own nothing and you'll be happy." Not.

Why is Colombia’s Ex-President on Trial? 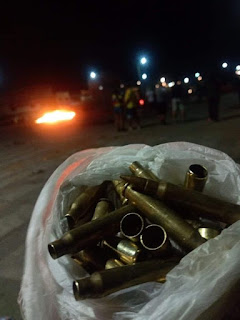