A slow and painful death 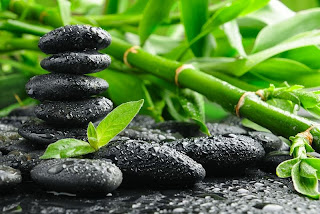 Before I move on and update the status of two more clowns I want to pause and reflect on some ridiculous statements a heckler recently sent me by e-mail. The subject of the e-mail was I think you’re wrong. Then he goes on and on about me being a rat and concludes with “I hope you die a slow and painful death.” So which is it? I’m wrong or I’m a rat? Those are two very different accusations.

I claim the Hells Angels and the Whiteboy Posse sell drugs and commit murder. The evidence supports that conclusion. Just ask Bob Roth. So if I’m right and the real concern is that I’m ratting them out then that delusion needs to be addressed. People who sell crack, commit murder and steal cars are rats. Not the people who report them to the police.

The point I want to address is the please help me Dr Phil desire that someone, anyone, dies a slow and painful death. Why would anyone wish that upon anyone? It just isn’t healthy. I wouldn’t wish that on my worst enemy. The people I write about in my blog are drug dealers. I don’t want anyone to shoot them. That’s the Belfast way. I’m simply following the rules of engagement. In times of war you warn your enemy before you fire upon them. That gives them the opportunity to stand down before they get killed.

In my case I’m simply warning the drug dealers before I report them to the police. I don’t want anyone to shoot them. I want them to stop. I want them to wake up and smell the coffee and take a look at what they are doing to other people. After all that’s what it’s all about. As ye sow so shall ye reap - the golden rule. Treat others the way you want to be treated. Would you want to experience a slow and painful death yourself? Then why wish that on anyone else?

Life doesn’t end a death. Like it or not all of us are going to have to accept responsibility for our choices and how those choices affected other people. Call it karma if you will. We will experience the pain we have caused others. That’s reality. People can say oh I don’t believe that. That’s fine. When you die and you’re still conscience of what’s going on around you then you will realize your beliefs were wrong. This life does have a purpose. Slinging crack and stealing cars is not it.

I really hate liars. People who sell crack and steal cars but lie about doing so. That is Neanderthal low life. These childish rants about someone being a rat for reporting a crack dealer to the police is so juvenile it’s impossible for me to believe anyone still believes that now a days. It’s just a phrase that comes out of a bully’s mouth to try and scare people into silent submission.

Regardless, no lie can live forever. Like the Reaper says, you can pay me now or you can pay me later. One day, like it or not we will all stand accountable for our own choices. Martin Luther King was right. Anyone can be great because anyone can serve. These shallow selfish lives all these clowns are obsessing over is so pointless. There is no joy or happiness in that.

When I was a kid I used to read Alan Watts. He was into Zen. He made a profound statement about Christianity that stuck with me. He claimed that the literal translation of the Greek word to sin was to miss the mark. If our goal in life is to find true happiness then to sin would be to miss that mark like an archer misses his target. I firmly believe people are free to choose. I just think these half wits are really missing out on a much more rewarding life someone else had planned for them. We just need to open our eyes and wake up. 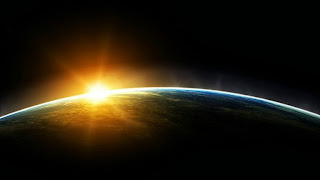