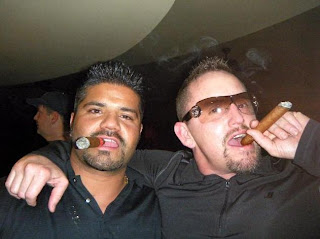 It’s about time. Castanet is reporting that the Joey Verma was in court Tuesday for the voir dire. The trial within the trial to see what evidence is admissible and what isn’t. We thought it was going to start last summer. He’s been in custody for three years.

I’m not going to be able to make it up this time so if anyone local has the chance, it’s worth checking in to see what is said. As we know, Joey Verma is on trial for the murder of Britney Irving. At the time the media claimed he was with the Independent Soldiers.

We know he is friends with admitted woman beater Donnie McWhirter who is with the Kelowna IS. We also know Joey associated with Kingpin Crew. Mind you after they abandoned their fruit stand by the airport and reported one of their bikes stolen, no one has seen any Pinhead patches all summer. Oh happy day. The Kingpin crew were also implicated in that Hells Angels stolen car, boat and motorcycle ring that was busted two summers ago.

It was rather upsetting to receive reports that Joey got a VP tattoo and was recruiting for the Kingpin Crew in prisons. That’s likely one of the reasons the HAs pulled the plug on those wooden puppets. Bad press. Bragging about killing a girl isn’t going to win any friends or respect with the locals. Britney was a wonderful person and who ever killed her and ordered her murder is the lowest rat scum on the face of the earth.

Like I said, there’s no way Joey was acting on his own either. If he was he would have left town but he didn’t. He was still in town doing business as usually with the same old boys he did business with before. Lets’ hope there will be slivers of truth and justice come out in the trial. Yet with our injustice system, I’m not holding my breath.

Update: The jury was told Britney was shot four times, twice in the back.