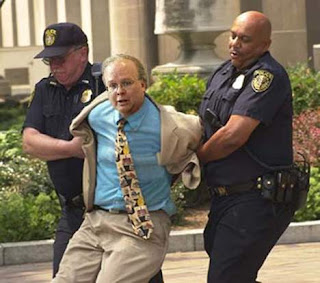 Front page of today’s Vancouver Sun is a headline that reads: BC Hydro forecasts 'massive' rate increases. Can I say I told ya so? Yet I wasn’t the only one. There are two separate criminal acts of fraud that need to be discussed here. Today the Vancouver Sun is reporting that “Homeowners, small businesses and industrial users are facing a staggering 26.4-per-cent electricity rate increase from 2014 to 2016, according to a confidential BC Hydro document.”

“According to a Rates Working Group document dated Aug. 23, 2013 obtained by The Vancouver Sun, the electricity rate increase is necessary to pay for Hydro's costs, which are estimated to rise to $4.8 billion in 2016 from $3.8 billion in 2014.”

Gee what increased costs mysteriously appeared? “Capital additions” i.e. all those bloody not so Smart Meters we didn’t want and a whole list of “deferred” payments. The first criminal act of fraud I want to discuss is Christy Clark’s fraudulent fudge it budget before the last election.

We knew that BC Hydro was hiding a massive debt the BC Liberals created by deferring it each year. Yet knowing that debt existed and has been perpetually deferred, Christy Clark’s fudge it budget claimed they were going to extract a dividend from BC Hydro to pay off some of their own over budget debt. We knew at the time that was a lie and constituted fraud but we all rolled it off as another broken campaign promise.

Yet these broken campaign promises are getting so extreme they constitute fraud. The other criminal act I want to discuss is how Gordon Campbell and the BC Liberals turned a once proud company in the energy sector into another Enron where their insider friends got rich while taxpayers were consumed with that fraudulent debt.

They privatized the power brokers that sold power to BC Hydro at an above market rate. That criminal act still needs to be addressed. This isn’t just another broken campaign promise like Gordon Campbell introducing the very gold plated pension he campaigned against. This is a premeditated act of fraud. These two criminal acts need to be addressed.

We can’t keep letting these politicians get away with fraud. They have to be held accountable for their actions. Financially. It is now time for criminal charges to be laid as well as a class action law suit against the BC Liberals for legal damages the taxpayers of BC have incurred as a result of their fraud..