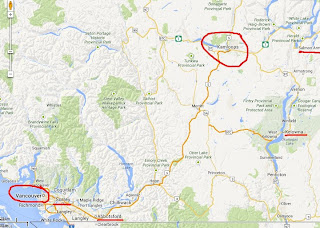 CFJC is reporting that the police seized 3 kilos of cocaine and 2 kilos of heroin at a Greyhound bus depot in Kamloops on it’s way to Vancouver. The blog reader who sent it in said you would think it would be going the other direction. Indeed you would. It must be coming from the Montana border. They keep changing the direction of drugs when the heat is on. A 45-year-old Campbell River man has been arrested after Mounties seized the drugs from his luggage at a Kamloops bus depot. Three guess who the cocaine and heroin was for and it wasn’t the Triads. I guess it's old news since it happened a week ago. I missed the story. I wonder if it's part of that bad batch of Heroin and crack that was found in Kamloops.