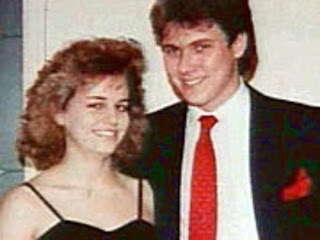 Well this is rather bizarre. Turns out the Sauder School of Business did the same ridiculous chant about under age rape during Frosh week at UBC that they did in Halifax. This is insane. It’s not a matter of opinion polls. What they did was illegal. If those students aren’t expelled then the University has to be sued for sexual harassment.

Under age rape is illegal. Bragging about it in front of first year students is sexual harassment. In any workplace they would be fired instantly or the employer would be legally liable for sexual harassment and sued. Looks like we have to sue UBC now too.

It is astounding that they don’t get it. It’s not just illegal. It’s Paul Bernardo and Karla Homolka. Underage rape. Let’s see, the legal age of consent is 16. Used to be 14 but 40 year old perverts were hooking up with 14 year old girls so they bumped it back up to 16. So these are University students singing about raping girls under the age of 16. How much under? They don’t say. They are singing about pedophilia. That’s not just illegal, it’s deranged. Pedophiles get assaulted in prison. Why on earth would anyone in their right mind joke about promoting it?

Meanwhile Saint Mary’s University has suspended one of its students after the 24-year-old Halifax man pleaded guilty on Tuesday to sexually assaulting a 14-year-old girl. He was her soccer coach.