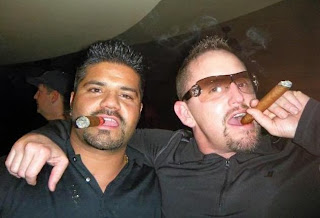 This is astounding. I just received word that Joey Verma had a couple of supporters in court Wednesday that were staring down one of the witnesses testifying in court. One had tattoos on his face. They were staring down Joey’s cousin Jason Labonte while he was testifying. Jason is also scheduled to be on the stand again today. If that kind of witness intimidation can go on in court, one has to wonder what goes on outside of court.

When I was in Kelowna recently the jury wasn’t present for part of the trial I attended. That means what was said is under publication ban since the jury wasn’t present to hear it. I’m not going to break that ban because I understand the intent of it. However, I will record my dissent in that some of the facts presented during that application in my opinion the jury should be made aware of. It relates to the character and the credibility of the accused.

If the defense can go overboard bringing up completely unrelated events from a witness’ past then the prosecution can bring up totally relevant things from the accused’s past while he was in prison waiting trial. Failing to tell the jury that is a breach of justice.

Update: On Tuesday, the day before Schrader and another guy were staring down the witness in court, two different men appeared to be staring down the jury while the undercover cop was testifying. The jury filed a complaint and the judge noted they were no longer in court when the jury reconvened. This brazen arrogance is astounding. He shot a girl in the back for God's sake.

Posted by Dennis Watson at 2:08 AM