Another car bomb in Kelowna 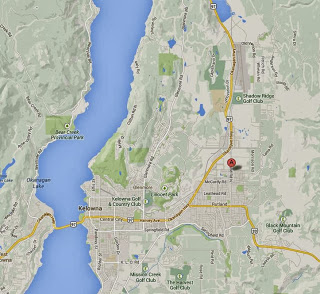 Castanet is reporting there was a second car bomb in Kelowna. A Chevy Silverado parked in front of a home parked in the 1300 block of Rutland Road North was fully engulfed in flames when officers arrived on the scene shortly after midnight on Aug 30. For some reason, we’re only hearing about it now. Back in January a car bomb was used to destroy a late 2000's model Ford Explorer in a parking lot in the 200 block of Lawrence Avenue.

On Aug 28, members of CFSEU-BC arrested a West Kelowna man after finding what was termed 'bomb making equipment' at a home he was moving to in Oyama. This was no fake pressure cooker bomb. The guy was using gunpowder from emptied out shotgun shells.