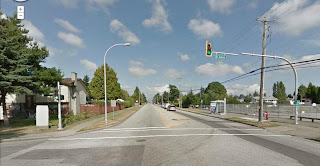 A blog reader pointed out that Scan BC is reporting the Surrey RCMP on scene with a male shot in the shoulder near 128th St & 92nd Ave. Two possible suspects were arrested. 9:30 PM Friday.

The Surrey Now is reporting that 18 people were arrested after a drug related raid on a South Surrey home on Thursday. One local said "It's a house that has a whole bunch of people coming and going," describing everything from teenagers to biker-types. Bikers getting teenagers to sell drugs? That's concerning.

Another blog reader claimed they saw someone who looks like Rob Yew on Season 3 episode 11 of the The liquidator. What's he doing back in Surrey? Last we heard he was selling shirts in Yellowknife. He's gained a few pounds but it's the same leather vest and hair cut. 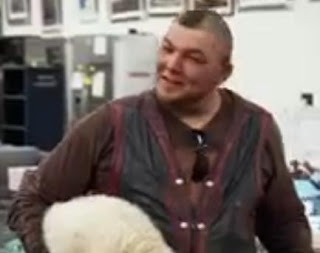