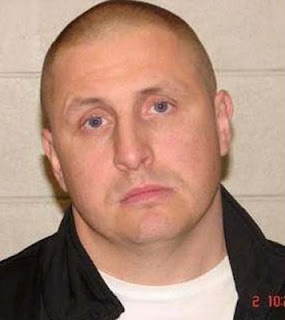 Kelly Hayes, now from Global is reporting that “a prolific offender in Penticton named Andrew Robert Hardenstine was arrested last week outside a Roy Avenue apartment complex where police seized guns and drugs. Hardenstine attempted to flee and tried to maneuver the motorcycle around an unmarked police car, however he collided with it and was knocked down."

“Police seized a semi-automatic rifle from Hardenstine’s backpack. They also seized a loaded handgun, several rounds of ammunition and a bottle containing the so-called date-rape drug GHB. A search of Hardenstine’s apartment turned up a large quantity of GHB and some methamphetamine. The motorcycle he was riding (KTM enduro) was reported stolen from McLure.”