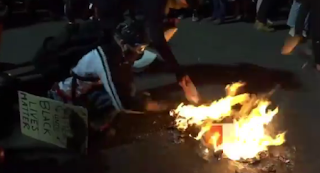 The Post Millennial is reporting that "Left-wing activists took to the streets of Portland Friday night-just as they’ve done every night for the past two months-to protest in front of the Mark O. Hatfield Courthouse, and burned bibles and American flags. Towards midnight, the activists built a large bonfire made up of assorted refuse and wooden panels stolen from shuttered businesses in the neighborhood. The rioters burned American flags and a stack of bibles."

Another episode from the Twilight Zone. Americans burning the flag aren't Americans, they are something else. Burning anyone's flag is disrespectful but burning your own flag does indeed reveal their true colors and their true objective. Burning a stack of Bibles isn't just offensive, it's down right stupid. The burning books era, where have we heard that before?

Fascism and Communism are the same thing. Americans pledge allegiance to the flag and the free republic it represents. Burning the flag is like burning the Constitution and burning freedom. The Constitution protects civil liberty by law. The Anarchists and the Communists seek to destroy civil liberty because they don't want anyone else to have rights. Slavery is their end game. 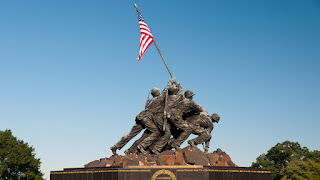 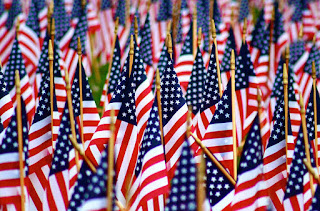