The CBC interviewed Andrew Scheer as the conservative party prepares to announce the results of the new leadership race. They asked some questions that were offensive stereotypes and Andrew Scheers directly responded to the false narrative CBC presents.

Andrew Scheer stated "In our party we believe in the fundamental equality of all human beings. We don't play the identity politics game. We believe that every single human being has inherent worth and value. It was John Diefenbaker who brought forward the the Bill of Rights. It's Conservatives that believe that the government must be there for all people. We don't reward the rich and powerful the way the Liberals do. So our party has tremendous amount of grass roots support throughout every ethnic community in this country."

"We are a very diverse group of MPs. We had some of the most diverse slate of candidates. One of the leadership candidates herself is a black Canadian who is doing a tremendous job reflecting diversity of this country. So I completely reject the main stream media narrative that many of the networks are trying to create but Canadians understand that it's out party that respects the fundamental value of every single human being regardless of their race."

CBC went on to push the false narrative and Andrew Scheer stood his ground nobly. In the last election Andrew Scheer was the voice of reason amidst a circus side show of political extremism. He didn't lose the election, he won. He received more votes than Justin Trudeau.

Politics is mostly about timing. Time is on the side of truth. In due process, snake oil salesmen like Justan Idiot are exposed. Just as the real motive behind Marxism is exposed. Conservatives believe in human rights. Communists do not. Communists lie and say you must give up individual rights to allow for collective rights. That is false. Once you give up individual rights, there are no collective rights. There are no woman's rights, Gay, Lesbian or Transgender rights in Communism because in Communism no one has any rights. It is a totalitarian system just like Fascism is.

The CBC used to be one of the last places in Canadian media that still does investigative journalism. The main stream clone army does not. Unfortunately, the CBC has fallen to the false leftist narrative and are just as worthless and the rest of the main stream propaganda. 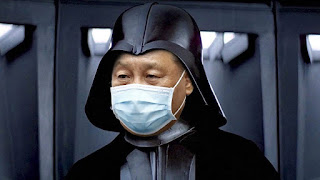 As Ezra Levant pointed out, having Rosemary Barton from the CBC cover the Conservative leadership race is Orwellian. Gag me with a spoon. She is not a journalist. She is a groupie. 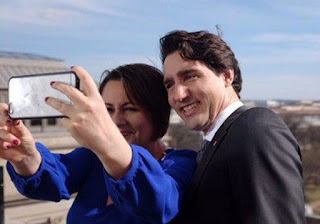