CBC is reporting that "Bill Morneau has resigned as finance minister, and will also step down as the MP for Toronto Centre after having met with Prime Minister Justin Trudeau earlier today to discuss reported disagreements over COVID-19 spending plans and proposed environmental initiatives." Bullsh*t. There was no disagreement. It was Justin Trudeau's charity they both fleeced. Commodus should be in jail. Don't kick the cat. Cut the head off the snake. Fire Justin. 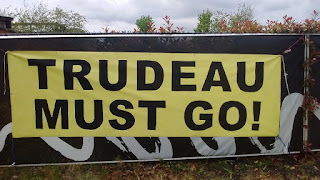