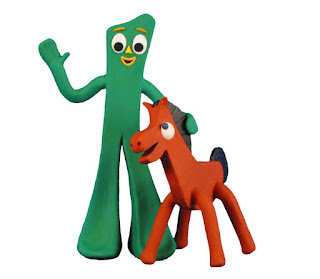 Jamie Bacon's sentencing is today. This case represents the failure of the Surrey RCMP to uphold justice despite their good intentions and broken promises. Actions speak louder than words. Threesomes with witnesses is police misconduct. Jamie Bacon is an idiot.

Rumina Daya is reporting that Justice Kerr will hand down sentence on Sept 11th. The plea deal was 18 years for orchestrating the Surrey Six and putting a hit on his former body guard DK who participated in the Surrey Six. If the judge accepts the deal, Bacon would receive another 2,046 days in jail less one third for statutory release. Just under 6 years.

CTV is reporting that Eileen Mohan address the court and said in her victim impact statement: "“We were a simple, happy family,” Mohan said, until that day. “That is when my son Christopher Mohan’s loving heart stopped beating and his beautiful, innocent spirit was horribly, violently and forcefully snatched by money-hungry, evil men,” she said. Mohan added that their "natural identity of mother and son was replaced with 'victim' and 'victim's mother.'"

Global also reported on Eileen Mohan's heartfelt statements. As Ed Schellenberg's brother in law once stated, they were not at the wrong place at the wrong time. They were exactly where they were suposed to be doing exactly what they were supposed to be doing. Chris was safe at home. Ed was busy at work. Murdering two innocent civilians was a game changer. Everyone and their dog flipped on Bacon and no one called them a rat for doing so. Jamie Bacon is the rat.

Jamie couldn't go to the gym without a body guard. Everyone thought he was an idiot. Spike would tax him. Jamie tried to tax Corey Lal and Corey told him to F off because Jamie was an idiot. Jamie wanted Anton to kill him but Anthon wouldn't do it. Anton did confiscate Corey's gun from him so DK and the other POS knew they were going in against unarmed victims.

Jamie wasn't taxing Corey for himself, he was taxing him for the Red and White. His connection to the club was through Larry Amero and his dead preppy brother Jonathon. Larry was not acting on his own. After he was shot in Kelowna the club gave him a job running cocaine in Ontario. If the club had shot him, they wouldn't have given him a promotion. The Hells Angels are the reason the Surrey Six happened and the Surrey Six was the reason this blog was created.