People who support civil liberty are not Nazi's. That is a lie. ANTIFA, the Anti Fascists are Communists. They are the same thing. Fascism AND Communism are BOTH totalitarian systems that deny civil liberty. Chairman Mao was a bad man. East Berlin was a bad model. Don't you dare raise that flag on that soil ever again. We're from the west side. West side of the Berlin wall. 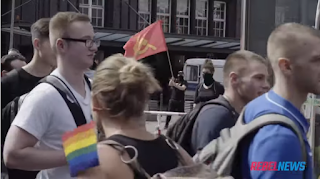 That flag is the key to deciphering the fraud. 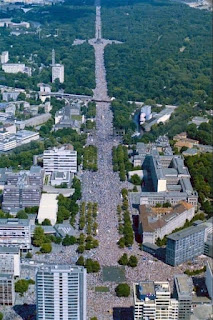