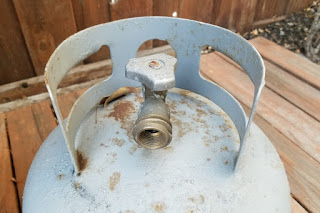 La Presse is reporting that "Two police sources say that the intercepted load totals 77 kg of cocaine, arriving from the United States by truck. The drugs were concealed in fake cylindrical propane gas cylinders, which had to be cut with an electric grinder. No one has been arrested yet, but investigators suspect the importer of the cargo is linked to the Hells Angels."