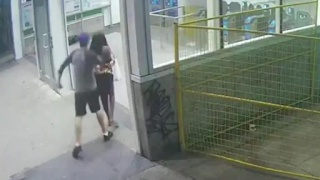 CBC is reporting that "Vancouver's Downtown Eastside has been the epicentre of homelessness and drug addiction in the province for decades. It has also been the focus of public policy to address these problems for almost as many years. Yet for a neighbourhood in the public spotlight, a walk along East Hastings Street these days looks like policymakers have turned a blind eye." Open drug use creates violent crime. The Four Pillars has been abandoned.

'It's getting worse and worse': DTES residents say neighbourhood is 'falling apart' "The last two years have been the worst changes, I think," she said. "A lot of homelessness, a lot of drug use out in the open. You never used to see that at all, maybe not to that degree."

"Vancouver police say violent crime on the rise on the Downtown Eastside." No kidding. The DTES is a clogged toilet that need to be flushed. The the increase violence comes from open drug use. Wherever you let drugs be sold openly, violent crime in that area increases exponentially. This is a typical example of an American city where a Democrat mayor refuse to enforce the law which creates lawlessness and violence.

The New York Model involved addressing police corruption and complacency in the drug trade and enforcing the law. Enforcement, treatment and prevention are the three critical pillars the City of Vancouver three away which has resulted in a horrific increase in violence crime. The DTES don't take care of their own. They rob and rape their own. Woman and the elderly are not safe in the DTES and our failed drug policy is the cause. We are culpable in those crimes.

Obsessing over unlicensed pot defeats the purpose of the legislation and is a waste of tax dollars. Police, court and prison resources need to be used on more important things like crack, crystal meth and fentanyl. That will save lives and reduce violent crime.