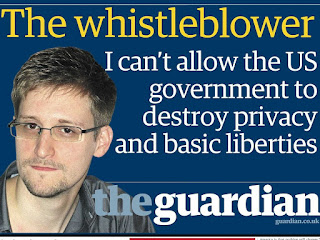 The CIA is complaining about the possibility of Donald Trump pardoning Edward Snowden. Big Surprise. David Shedd and James Carafano wrote an article about it for the Hill. David R. Shedd is a retired U.S. intelligence officer whose final post was as the acting Director of the Defense Intelligence Agency. He is a former Central Intelligence Agency operative. In other words, he used to be a professional liar. That is the CIA's Method of Operation.

Donald Trump should unequivocally give Edward Snowed a pardon. He did nothing wrong. He blew the whistle on the NSA for breaking the law and lying to congress. He is a hero. The fact that they would even consider putting him in jail for that is a globalist agenda that leads to the complete annihilation of civil liberty. The intelligence agencies need to be publicly accountable.