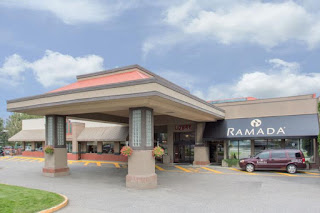 Global reported that "Two people were allegedly targeted in Wednesday’s hotel shooting in Kelowna, according to police. On Thursday, Kelowna RCMP said the incident at the Ramada Hotel on Harvey Avenue involved a single shooter, and that its General Investigation Section has taken over the case. Police say the shooter appeared to have targeted two men in the parking lot of the hotel, firing several shots from a handgun."

"It is believed he then fled the area in a black car. Police say neither victim sustained injuries from the gunfire, though one man did suffer minor injuries while fleeing. In issuing the update on Thursday, police said an abandoned vehicle, suspected to be involved in the incident, was located just after 1 p.m. on Skeena Drive on Dilworth Mountain."

Airdrie Today is reporting that "Police in Calgary are investigating a shooting that left two people dead and one person in hospital. Officers responded to an area in northwest Calgary before 9 p.m. on Friday after reports of shots being fired. Upon arrival police found two men dead in a vehicle, while a third male was transported to hospital with gunshot wounds.

Global is reporting that "Police believe the suspects used a black two-door Infiniti coupe, with a white sticker across the top of the rear window, during the shooting. The suspect vehicle was last seen in the 200 block of Sandarac Place N.W. as it fled the scene on Friday, police said." 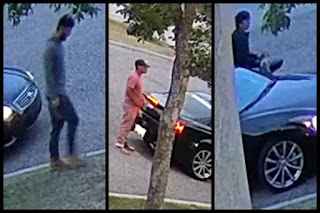 A 19 year old kid was hospitalized after being shot twice in Calgary August 14th.

Posted by Dennis Watson at 2:01 AM