The Toronto Sun nails it 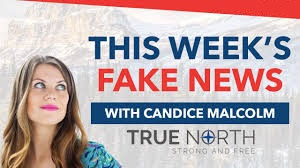 Candace Malcolm states that "Canadians are being gaslit. The narrative we’re being told by the “experts” no longer resembles real life and there is a growing disconnect between everyday people and the expert class who tells us what to do and tries to tell us what to think. For more than four months, Canadians were told there was a serious and unprecedented health crisis that required us to stay in our homes with no contact to the outside world."

"We couldn’t visit loved ones in the hospital, mourn the death of a family member through a funeral service, send our children to school or even go to work - unless you were lucky enough to work from home. Then, suddenly, the experts changed their minds. In June, after a Minneapolis police officer killed an unarmed man, everything changed. The same experts who spent months demanding we stay inside swiftly changed their tune. Fighting an incident of police brutality in another country took precedent over all other health concerns."

"Dozens of 'public health and disease experts' signed an open letter in support of Black Lives Matter protests that broke out across North America. “White supremacy is a lethal public health issue and predates and contributes to COVID-19,” said the letter. Even when the protests turned violent, and viral videos of rioting, looting, arson, assault began circulating online, the experts insisted these were peaceful protests.

"For Canadians, in the midst of all this chaos, we learned the Trudeau government had borrowed half a trillion dollars in just 90 days. Included in all that debt were countless sweetheart deals given to friends of the Liberal party."

"Nearly a billion dollars was sent to a charity that had paid Trudeau’s family members half a million dollars for various speaking gigs and travel perks. Another $84 million went to a firm with an executive who happens to be married to Trudeau’s chief of staff and $113 million went to a Quebec firm with no assets in Canada. Canadians have every right to feel frustrated, disillusioned and betrayed by the way the expert class has behaved."

BTW The Toronto Sun is not owned by Post Media News.