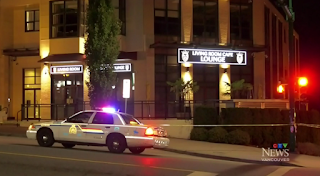 "RCMP were then called to another shooting at Canada Way and Smith Avenue a couple hours later. Officers say they found a white crossover-type vehicle fleeing the area at about 2:30 a.m. Mounties engaged in a brief chase of the vehicle, but as speeds reached 160 km/h, they stopped the pursuit in the fear it would impact public safety."

"Not long after, a 25-year-old man from Surrey arrived at a local hospital with multiple gunshot wounds. He is also not co-operating with police." Surrey Jack got capped.