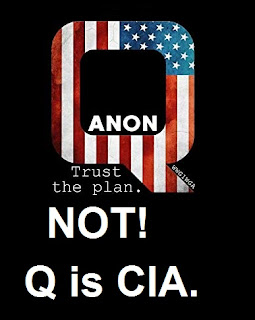 There is a cult growing that is obsessed with Hollywood pedophiles and launch into absurd and baseless allegations claiming that the rich and famous are all part of a child trafficking pedophile ring. Pedophiles do exist but Oprah Winfrey is not one of them. She is a survivor of abuse. To claim that she is a pedophile is false and deranged. Likewise Tom Hanks is not a pedophile.

Ya'll need some time with Dr Phil. Recently, Rebel Media ran an article about how the Facebook pedo freaks falsely accused a group of nuns on vacation of sex trafficking and kidnapping.

Qanon feeds this frenzy because it is a distraction from reality. We don't have to go all the way to Hollywood to find pedophiles. Pedophiles exist in our own communities. Child abuse exists in our own communities. All over the Internet, the intelligence community is trying to infiltrate truth movements to lead them astray. That is why I believe Q is CIA and David Icke is MI 6.

Q will tell you nine truths to get you hooked on one lie. Q keeps making false prophecies. Then when it doesn't come true his blind followers claim that Q just said that to throw off their enemies. That is ridiculous. You claim to be Christians? You claim to believe in the Bible? What does the Bible say about false prophets? You need to start using your brain. As Blaire White would say, Make it Make sense. Q is trying to infiltrate and hijack Trump Nation to lead them astray.

A while ago a friend at the gym came up to me and asked if I had heard of David Icke. I had not. We had discussed 9/11 and a few credible conspiracy theories. He then said David Icke is the one who believes the royal family is a reptile race. I raised my eyebrow and asked allegorically or literally? Literally he said. I just looked at him stunned. He was an intelligent man. How on earth could he be swept away with such nonsense? David Icke is a whack job.

As with Q, David Icke will tell you nine truths to get you hooked on one lie. There are two reasons for this. The first is to lead the truthers astray. The second is to prevent the rest of the population from taking truthers seriously. "Oh, they're the ones that believe in the reptile race." No one in their right mind will listen to anything else they have to say after that. David Icke could make 28 truthful and intelligent statements and no one will listen because he made that other ridiculous statement. This is how the intelligence community does damage control. 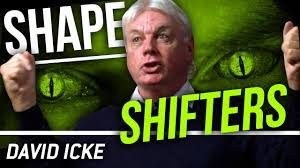 Anonymous Challenges QAnon "Q started as a troll on /b/ but it's brainwashed people with no critical thinking skills. If Ezra Cohen Watnick (a psyops guy) was really behind Q, then Q effectively becomes state-sponsored propaganda."

The Daily Mail reported that "In early 2017, Cohen-Watnick tried to devise ‘technical solutions’ to collect and analyze phone and other communications data of White House colleagues in order to track conversations with reporters." Do you know the Muffin Man? He's no Edward Snowden. 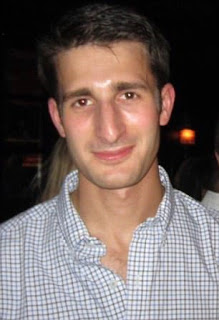 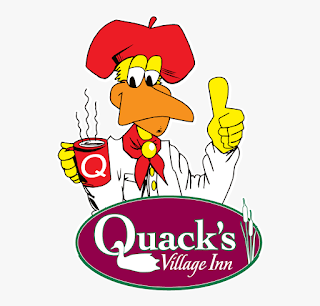 Newsweek reported that "Ezra Cohen-Watnick, a 31-year-old Iran contra hawk who held the job of coordinating the work of the CIA and other intelligence agencies for the National Security Council, was fired Wednesday according to news reports. Army General H.R. McMaster, sought to fire Cohen-Watnick, but was rebuffed when President Donald Trump's son-in-law Jared Kushner and his right-wing populist senior aide Steve Bannon intervened." Q is CIA.