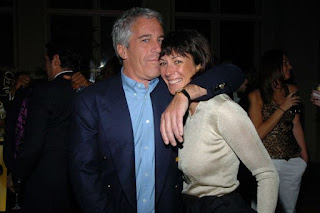 Everyone is going off about Ghislaine Maxwell's recent arrest tied to Jeffry Epstein but I'm afraid the reality is much worse then consensual sex with 17 year old prostitutes. CBC reported that "The shocking case of an 11-year-old girl rescued from the streets of Vancouver has put a spotlight on the problem of child prostitution. And experts say it's much more widespread than most think. Police found the girl on east Vancouver's notorious 'kiddie stroll' on Monday. She had been on the street for four days, after being abducted, beaten and drugged."

"At the time, police said they believed she was the youngest person ever found working as a street prostitute. But social workers say sadly that's not true. Raven Bowen, who works with street kids in Vancouver, says she has seen children younger than 11 being sold for sex. 'The exceptional part about it is that the girl was caught,' Bowen says."

"Bill Thibodeau, an outreach worker in Saskatoon, agrees. He says he's personally seen a 10-year-old working on the street. 'My outreach staff have dealt with some seven-, eight-, nine-year-olds in their daily work,' he added." Police say the 11 year old was the youngest child they ever found involved with prostitution but outreach workers say that is simply not true. The CBC article referred to East Vancouver's notorious kiddie stroll. I find that somewhat disturbing.

Recently I saw something that made me start to connect the dots. When I was with the Guardian Angels back in the /80's sometimes we would ride the Skytrain into Vancouver and patrol with the Vancouver group. There was public prostitution back then. There were the high end prostitutes working off Georgia Street and there was Trannie Alley off Seymour.

One of the Vancouver members told me about another kiddie's corner where young boys would sell sex to pedophiles. I was sickened by the thought but never saw it and since we didn't get involved with drugs or prostitution back then I kind of forgot about it. Until now.

I went to New York City and joined the fight against crack cocaine on East 42nd street locally known as the Deuce. Back then it was round the clock violence. Years later I saw a documentary about prostitution on the Deuce. A group of investigative journalists went under cover and drove up in their car. A group of young boys came up to the car and said are you looking for sex? I was like holy f*ck, I never saw that when I was there. I guess since we were wearing colors they hid that when we walked past. Yet the documentary showed it was very prevalent.

Locally there was another activist that referred to an infamous kiddie stroll in North Delta. I dated a girl in high school from North Delta. I had no idea that was going on then. How is it all these kiddie strolls are infamous? How does that happen? Don't they have parents?

A book on underage prostitution claims most are runaways or live in foster homes. That kinda makes sense. Can you imagine, a child runs away from home because of sexual abuse only to find the same thing in the street or in a foster home? They think well this must be normal. I might as well get paid. My concern is this notorious kiddie stroll in the DTES.

Why doesn't someone do something about it? Is it because the clients are too well connected or is it because the leftists are trying to normalize pedophilia? Pedophilia is not normal.

Recently we saw that the Hells Angels are now part of the under age male prostitution in Thailand through Errol Gildea. Anything to make a buck. Anything? I have no doubt Mr Bill and Randy Andy at one time had consensual sex with a 17 year old. I do not believe they were raping babies. I think that is ridiculous. Donald Trump was with Melania then and still is. She was the younger woman. He had no need to shack up with a 17 year old. However, this kiddie stroll in the DTES is real and we need to do something about it. Is ANTIFA in Vancouver is involved with this? 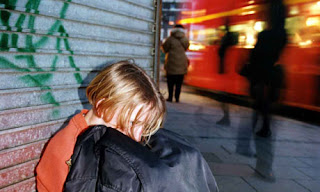 Posted by Dennis Watson at 9:43 AM