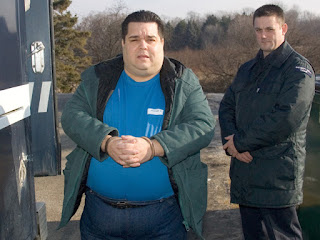 The Hamilton Spectator is reporting that "Hamilton Mob boss Pasquale (Pat) Musitano has been gunned down in a Burlington parking lot, The Hamilton Spectator has confirmed. Halton police were called to the 484 Plains Rd. E., a plaza at King Road that houses a several businesses including Pro Patio Furniture around 1 p.m. on Friday. Two men were found with gunshot wounds. One of the men died at the scene. Multiple police sources have confirmed the victim is Pat Musitano, the reputed boss of Hamilton’s Musitano crime family."

Pat Musitano was shot in Mississauga last year but survived.

As for some Hamilton history, the Calabrians are from Hamilton. Those were the guys firebombing funeral homes in Montreal when Vito Rizuto was in prison. With a little help from the Ontario Village Idiots. Mom Boucher supported Vito. The Ontario Nomads didn't. That why the Montreal charter capped the Ontario Nomads pres and vice pres before they were disbanded. The Violi brothers are Calabrian. The Musitano brothers are not so do the math.

Crime writer Jerry Langton is from Hamilton. So is Walter Stadnick.