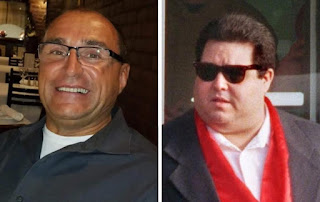 The Hamilton Spectator is reporting that "One of the principals of a company associated with slain Hamilton mobster Pat Musitano has been found murdered in a wooded area of London. London police have identified the human remains found July 19 as those of Grant Norton, one of the key principals of Havana Group Supplies Inc. Norton, 59, had been reported missing by a family member on July 12, two days after Musitano was gunned down in a Burlington parking lot. Norton had last been seen in London on July 6."

The Toronto Star is reporting that "Norton and Musitano were partners in a hauling company that was accused of illegally dumping gravel in the Niagara Region. The company was also in the midst of a bitter dispute with truckers over alleged nonpayment of wages. Norton was arrested by Niagara Regional Police in June 2019 as part of an ongoing theft and fraud investigation near St. Catharines connected to a business that hauled soil from construction sites."