A day full of murders at the Vancouver Courthouse 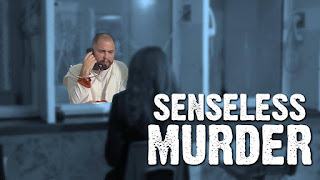 I attended court yesterday in Vancouver thinking it was Jamie Bacon's sentencing but it was put over until August 28. Nevertheless there were several other murder cases on the list. Apparently while court was suspended during COVID, a backlog was created and they are returning to court on a priority basis so all the murder cases were first on the list.

I found out what the problem was with the censored daily court list posted online. I was looking at the wrong website. When I went to the courthouse the normal daily list was posted with the names of the accused and the charges. The Court Communications Officer pointed out I was looking at the wrong list online. The daily court lists posted on the court web site are normal. The ones posted on the government website are not.

In all of the cases, the inmates in custody chose to appear by video because every time they leave the jail they have to go into isolation fro two weeks upon return. This was the proper list for yesterday. The first murder case on the list the day before that was for Alexander Shevalev. That case was heard yesterday in courtroom 65 and was put over to August 7th. Alexander was accused of killing his 80-year-old father over a Ferrari. That was one of the many tragedies of the day. Killing your own father. That is Dr Phil.

In courtroom 20 Rocky Rambo Wei Nam Kam was being sentenced for a double murder in Vancouver that was described as brutal, horrific and senseless. It was an older couple, the huband used a walker. It was the high profile murder of Diana Mah-Jones and Richard Jones.

CBC reported that "Kam followed Mah-Jones into her South Vancouver home on a September afternoon and slit her throat. After hearing her husband enter the house, he then subjected him to a prolonged and vicious attack with a knife before using a hatchet to ensure he was dead."

As I heard victim impact statements from two nieces and looked at the accused on the video I couldn't help but feel despair over the senselessness of the murder. Why would someone do that? There was nothing brave or noble about killing an elderly couple. The ripple effects of that murder permeated their families with grief. He has found guilty of murder on two count which comes with a life sentence that has no eligibility for parole for 25 years.

In the crown's sentencing submission it asked that the parole ineligibility for the two murders be served consecutively not concurrently. That would mean a life sentence with no parole for 50 years instead of 25. This new provision is not automatic but it is possible and the new law states that it should be considered for obvious reasons. Natural justice declares that concurrent sentences for multiple murders are not fair. Receiving anything less then an extra 10 years of parole ineligibility for the second murder would be offensive.

The senselessness of the murder was twofold. Why would you do that? Why would you murder an elderly couple for no reason and send a wave of grief through that entire extended family for the res tof their lives? Not only that, this has adversely affected the accused's life forever. Why would you through your life away for no reason?

In courtroom 75 Colin Correia and Sheldon Hunter were both charged with first degree murder for their alleged role in the shooting deaths of Leanne Laura MacFarlane and Jeffrey Todd Taylor at a rural home outside Cranbrook in 2010. Two white guy, one bald the other brunette.

Both are low level criminals with a history of drug trafficking and theft. This appears to be a gang hit gone bad. The police claim it was a case of mistaken identity as the original targets had moved and these were the new tenants. This was a Hells Angels hit gone bad.

This was a Delta Police drug bust not a BC Gang Task force bust because the BC Gang Task Force don't bust Hells Angels associates for selling drugs any more. Jacob Pereira has been charged with trafficking fentanyl. Kyle was the one in custody that made a video appearance.