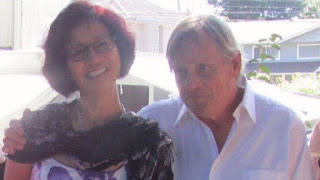 Global is reporting that "A man convicted of killing a Vancouver couple inside their home has been given a life sentence with 25 years before being eligible for parole. Rocky Rambo Wei Nam Kam was found guilty in June on two counts of first-degree murder in the 2017 deaths of Richard Jones, 64, and Dianna Mah-Jones, 68.

Justice Laura Gerow decided on concurrent sentences, saying a sentence of 50 years without a chance for parole is “unduly long and harsh.” AYFKM? Do you realize what you've done?

Now if anyone wants to commit a multiple murder they have no reason to stop at one. Take the Surrey Six. They went in to kill four people. This precedent means they have no reason to restrain themselves from killing innocent witnesses because the courts will let their probation be served concurrently not consecutively.

This bad precedent does not protect the public it puts them in harms way. If I have a hit list of a dozen people I want to kill, all I have to do is get them all together and kill them all at once. The court will just give me one life sentence and the probation will be concurrent.

The new law states that for multiple murders the eligibility for parole may be served consecutively. The law was created for a reason. Judges are paid to uphold the law not dilute the law. There is NO reason the judge could not have found a compromise and added 10 years of parole ineligibility for the second murder. Not doing so has put the public at risk.

There were several other cases in court today which I will comment on momentarily.

The voir dire for Alexander Shevalev's murder trial has begun. That's the kid who is accused of killing his father over a Ferrari. That's just straight up Dr Phil.

The voir dire for David Brian Tull has begun. David is facing a first-degree murder charge in the death of 31-year-old Tyler Pastuck who was gunned down outside a Langley restaurant in 2017. Tull's co-accused in the alleged conspiracy is Steven Mulligan-Brum who was the guy that capped a Surrey jack for slashing his tires.

Kyle Steven Latimer's voir dire was in courtroom 20 and there was a sexual exploitation case from New West that took place in Delta. That one was put over until Feb 4 2021 file 82023-2.