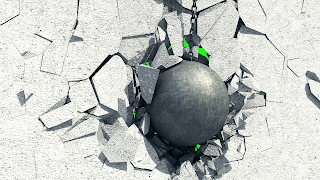 Not only is the Union that represents the RCMP putting paid ads on Facebook but they are now sending out flyers to Surrey homes with bold faced lies in them. The flier that I received states that 83% of Surrey residents agree now is not the time to change our police. That is a lie.

Doug McCallum and the Safe Surrey coalition won the election. Their election promise was to replace the RCMP with a municipal police force. One that is more accountable to the residents of Surrey. One that doesn't give Hells Angels associates in the Witness Protection Program police escorts to sell cocaine. The Safe Surrey Coalition has kept their word. Surrey Disconnect has not.

That means voters cannot trust any future promise Surrey Disconnect makes because they have already defiantly broken their promise to the residents of Surrey. Dianne Watts and her Surrey First private party, were the worst for fiscal responsibility ever in Surrey. History has recorded that. Eillen Mohan stated that the Surrey RCMP were always there for her. That is true. To her face. Behind her back they were anything but.

Surrey is the largest city in Canada without it's own police force. These dirty tax and spend politicians are protecting their own interests not the interests of Surrey. I live in Surrey and I support Doug McCallum and the Safe Surrey coalition. The Union that represents the RCMP need to be more concerned with crime and protecting the residents that pay their wages then with protecting their own self interests. Green Justice supports Surrey's Municipal Force.