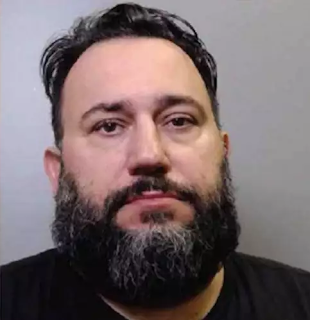 The Star is reporting that "High-ranking Hells Angel biker Rob Barletta has been hit with a new wave of money laundering and fraud charges in an OPP crackdown on illegal gambling. Barletta, 50, of London, Ont. has been a Hells Angel for almost 20 years and served as president of the London, Ont., and Niagara Region charters of the outlaw biker club. Barletta also runs a numbered company which owns Famous Flesh Gordon’s Strip Club in London."

Biker News is reporting that "Robert Barletta was arrested Wednesday and charged with money laundering and fraud (related to tax evasion) against the Government of Canada. Police say his tax evasion charges were also amended to reflect a greater taxable benefit. Officers and the Canada Revenue Agency (CRA) executed four search warrants in London, Oakville, Toronto and Pickering and other judicial warrants at eight locations in London, Toronto, Welland and Thornbury resulting in the seizure and/or restraint of $24-million worth of assets."

At first I was going to say it sounded like a scam. All they had him on was bookmaking and tax evasion. What the government wants to profit from crime still? Then I see the list of assets he had and i'm like he did not acquire all that from illegal gambling. Then it said one of the items seized was seven kilograms of psilocybin. OK that makes a lot more sense. Robby aint smilin now.