270 kilograms of cocaine seized in Halifax 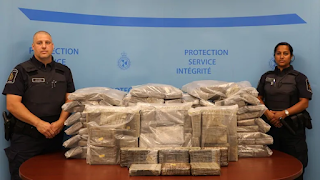 CBC is reporting that "Canada Border Services Agency seized about 270 kilograms of suspected cocaine they estimate to be worth $33.8 million at a yacht club in Halifax. In a news release, CBSA said they became aware that a vessel originating from the Caribbean failed to report to them after entering Canada on July 17. The failure to report prompted an investigation."

"The next morning, CBSA Halifax marine operations officers intercepted the vessel at a yacht club in the Halifax area. CBSA did not name the yacht club. While looking around the boat, CBSA found what's believed to be cocaine hidden in various spots of the vessel. Two people who were on the boat were arrested and handed over to RCMP, along with the suspected seized drugs. Nova Scotia RCMP said Quebec RCMP is handling the case."

The Chronicle Herald is reporting that "Two people on the boat were arrested and turned over to the RCMP, along with the seized suspected drugs." They claimed they were from Quebec. 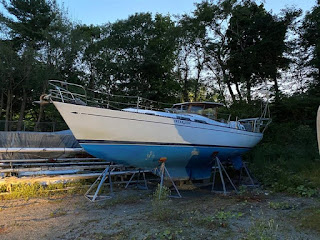