The Fall of Hollywood represented in Bad Habit

I've never never been a LA kind of guy. I've always been drawn to New York City instead. I think Ed Sheeran said it well in his song Beautiful People. LA is just too shallow, plastic and artificial for me. Just say'n. This new movie Bad Habit is a prime example.

Paris Jackson plays a lesbian Jesus who indulges in carnality. GMAFB. You losers are pathetic. If someone wants to be gay or lesbian, have at it but don't falsely portray historical figures with lies. One Youtuber pointed out this attack on Christianity is embraced by Hollywood. Not very surprising since the Communist Party of China's investments dominate Hollywood now.

It's no wonder NBC is making a Universal Studios in China complete with facial recognition software. Fake News has it's own movie set. This is like portraying Martin Luther King as a white lesbian, it is historical inaccurate. Not just the lesbian part, but the promiscuity part. You guys are trailer trash. You have no self respect. You are pawns in a political agenda.

The OathKeepers recently put out a timely video about Hollywood's complacency in the propaganda war called Out of Shadows. Once again the CIA is on the wrong side. 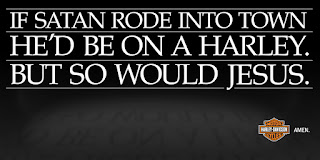 Whenever someone tries to confront evil they get slandered. Christ said if they have called the master of the house Beelzebub, how much more shall they call them of his household. In Surrey I remember seeing a young man with a shirt that said if you have no haters that means you have never stood up for anything. I had a Muslim coworker that encourage the me to see the movie the Passion of Christ. It is very gory and brutally honest. He didn't understand why God would let him suffer like that. It was, as the Terminator discovered, part of a bigger plan so to speak.