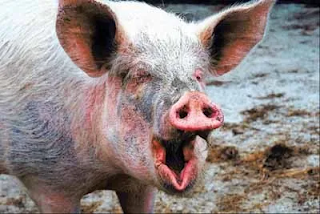 When the pig squeals. Global is reporting that "Jamie Bacon has pleaded guilty for his role in the Surrey Six murders. Bacon pleaded guilty to conspiracy to commit the murder of Corey Lal, the intended target of the killings that took place at the Balmoral Tower building in Surrey on Oct. 19, 2007. Bacon also pleaded guilty to counselling murder in the 2008 shooting of Dennis Karbovanec, who survived the attack." What about Gumby? Pigsh*t was acting under the direction of Larry Amero. Your f*cking blackberry records show that.

CBC is reporting that "A first degree murder charge will be stayed at the time of sentencing. B.C. Supreme Court Justice Kathleen Ker found Bacon guilty on both counts and set sentencing for July 23." God damn you all. A sweetheart deal for a POS because gang enforcement in BC is completely compromised. I have much more to say about this... 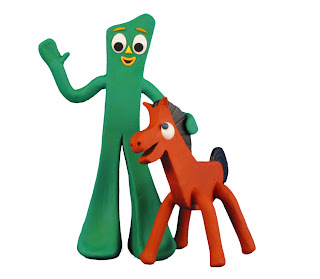 OK so Jamie PigSh*t plead guilty to conspiracy to commit the murder of Corey Lal. Obviously. Jamie Bacon tried to tax Corey and Corey said no because Jamie Bacon was an idiot. He couldn't go to the gym without a bodyguard. First Anton was his bodyguard then it was DK.

Corey rightfully thought Jamie was an idiot. Jamie wanted him killed so he wouldn't look so stupid. Anton said no but he did confiscate their guns so the guys Jamie did send in would know the guys they were sent to kill were unarmed. Real brave.

So Dennis Karbovanec took over from Anton as Jamie Bacon's babysitter. Only after the Surrey Six, Jamie Bacon f*cked over DK and hired a hit on him too. That was a real red and white kind of thing to do. We know that Jamie Bacon was being supplied and taxed by the red and white. Larry Amero was in bed with Jamie's brother Jonathan long before the Surrey Six.

The police had Larry Amero on many conspiracy to commit murder charges because they had transcripts from his encrypted blackberry messages. Only the Agency said you can't have him because he was moving their product so they busted the blackberry provider that was working for them instead. That was yet another dirty deed done dirt cheap. Blandon Deja vu.

Let's not forget why a plea deal became necessary. IHIT investigators were sleeping with witnesses and tried to cover it up which is why Jamie's case was separated from the others and resulted in trial delays. The court let him off for the Surrey Six murder because of the delays which the Crown rightfully appealed. It was not Eileen Mohan's fault the investigators were sleeping with witnesses. It wasn't just one cop with one witness.

That married cop was having threesomes with witnesses but it wasn't just him. There was a climate of unprofessionalism where IHIT investigators would get drunk with and flirt with witnesses all the time. It was a common practice. This is one of the reasons Surrey is forming it's own police force. Forming a municipal force isn't a magic solution but it is a step in the right direction.