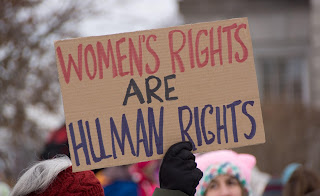 CBC is reporting that RCMP in Surrey, B.C., are warning people about a sexual assault and robbery that took place in the Whalley area on Friday night. Police say at about 10:45 p.m. a woman walking under the SkyTrain's Expo Line near King George Station was approached by a man with a weapon. The man robbed her, officers say, then pulled her into the bushes and sexually assaulted her." We want to defund the police for this? So criminals can rob and rape?

Where are the feminists protecting woman's rights? I believe in law and order. I believe this kind of conduct is unacceptable, That is what I believe in. Wherever we see illicit drugs sold openly, we see violent crime increase exponentially. Closing the Surrey Strip was a step forward. Letting the Hells Angels continue to sell drugs along King George Hwy out of Shakerz is not.

This crime was not committed by an immigrant. This crime was committed by local white trash. Immigration has help improve Surrey's quality of life. Hard working immigrants have values and work ethic. Drug addicted white trash do not. In Portugal they made drug treatment mandatory. We should do the same for repeat offenders of violent crime.