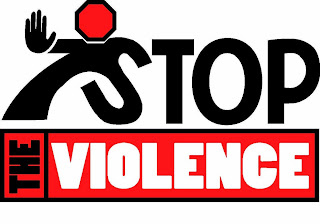 Well a record number of homicides for the year in Surrey clearly is not a good thing. Yet it’s not even a peak in the gang war just a continuation of the drug related violence that followed. It has shown that letting the Hells Angels win the gang war and obtain a monopoly of the drug trade in British Columbia has not resulted in a reduction of drug related violence at all. It has just made them even more bold and brutal.

The three rings showed the Hells Angels control of the Canadian drug trade prior to 2013 violence. Rob Shannon, Trevor Jones and the 2012 bust involving Larry Amero in Montreal established an indisputable pattern of huge cross border drug trafficking linked to the Hells Angels.

2013 saw that trend continue with the Haney chapter getting busted with a huge shipment of cocaine in Spain and Larry Amero's crystal meth bust in Australia. We did have the Joey Verma conviction of the murder of Britney Irving in Kelowna tied to the Hells Angels. Which once again shows them having a monopoly on the drug trade doesn’t reduce the violence at all.

The Surrey Six murder trial has been a big part of 2013. The revelation that Jamie Bacon tried to extort Corey Lal doesn’t come as a big surprise. Nor does the fact that he did it for the Hells Angels given his brother Jonathon’s ties to Larry Amero at the time. Jamie Bacon is mentally diminished and certainly isn’t the brains of that operation. Surrey Six witnesses drinking and partying with RCMP members continues to be a concern for police credibility.

Letting that illegal booze can operate in Surrey despite years of complaints from the neighbors resulted in at least one fatality there. Letting drug dealers sell crack outside the Front Room in Surrey has resulted in many others. It’s really sad how Diane Watts and Bill Fordy are more worried about their political careers then they are about stopping crime in Surrey instead of suppressing crime statistics.

Judging from the big RCMP dinner it doesn’t sound like Bill Fordy’s behavior has improved any since he was involved with the Pickton investigation. Stopping the crack dealers from selling crack in Surrey central was a good thing. Now they have to do more than contain it to outside the Front Room where those predators bully the homeless. They need to stop it there as well not just outside their new Ivory Tower which has turned out to be one giant financial disaster.

Paying that much money on furniture alone is offensive. The expenditure is simply not worth it. Tolling everything is an obscene tax grab. Tolling bridges that are already paid for is illegal. Dianne Watts has to get her spending under control. Right now her spending is a huge concern for taxpayers. Don’t even get me started on Stephen Harper and Justin Bieber's attack on our civil liberty. That remains our primary national concern. 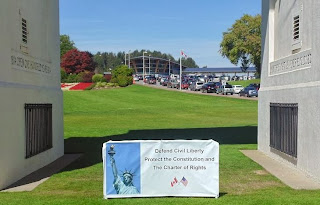