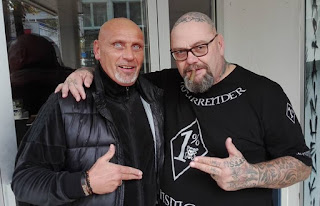 This comes as a bit of a shock. TBM Scandinavia is reporting that as of October 26th 2017, the Rock Machine Norway has officially disbanded. ABC Nyheter is confirming the action.

ABC Nyheter reported that members of RM Norway had been charged with drug and weapons offenses as well as a murder. The drug bust was 30 kilos of Hash. Two members have been charged in the murder of someone who was in conflict with the club. It wasn't one of their own.

TBM Scandinavia has addressed the rumours of RM Norway joining up with the No Surrender MC which has now opened up in Norway. TBM's International Spokesperson Michael Green was in Holland this week for the launch of No Surrender MC's new book. Spotlight on Norway. 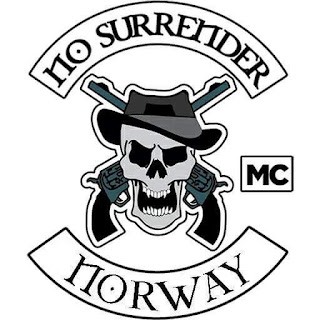 Posted by Dennis Watson at 8:37 AM