Tom Cruise in American Made: Fact and Fiction 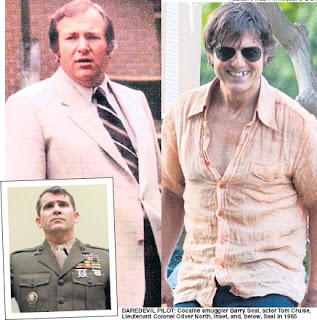 Yesterday I saw American Made with Tom Cruise. It was OK. Tom Cruise did a great job. It kinda made you feel sad for Barry Seal at the end how he got screwed over like everyone else. It also instills how the high risk drug trade just isn't worth it. The movie was similar in content to Air America with Mel Gibson which covered the CIA's drug trafficking in Vietnam. That was a comedy presented as fiction which was actually based on a true story.

American Made starts off with the disclaimer Based on a True story. Indeed it was. Most of the names and places covered were real and true. However, the core truth of the movie was diluted and spun shielding the CIA's culpability in Barry Seals' conduct. Gary Webb proved the CIA was actively involved in drug trafficking to fund the Contras in Nicaragua.

That key fact was lost in the new script. In this movie they said the CIA were sending guns to the contras in Nicaragua. There's nothing wrong with that. The root of Iran Contra was the fact that they were bringing back tons of cocaine to fund the operation. Oliver North was in charge of the drug trafficking in Iran Contra. They omitted that fact from the new script.

The Netflix series Narcos mentioned Barry Seal but they completely spun the CIA's culpability in that series as well. In Narcos they claimed it was the Sandinista that were involved in drug trafficking not the Contas. That is what George Bush Sr told Reagan and Reagan believed him. George Bush Sr. has been tied to CIA drug trafficking ever since Vietnam.

Mena, Arkansas was the hub of a CIA cocaine smuggling operation cited by Sarah McClendon. It's unfortunate Universal Pictures diluted that part out of the script hiding Hillary Clinton's culpability. However, the CIA's history of drug smuggling did not begin and end there. Hillary Clinton was the author of Operation Fast and Furious which was a CIA operation that infiltrated the ATF. They sold guns to the Mexican cartel and brought back tons of cocaine as payment.

The CIA created and betrayed Pablo Escobar just like they did Manuel Noriega. After Pablo Escobar went to jail, the CIA started using the Cali cartel instead of the Medellin cartel. 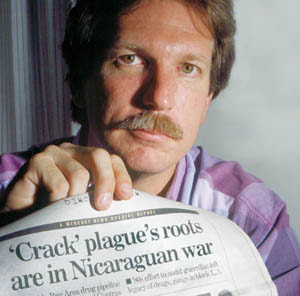 Posted by Dennis Watson at 4:56 AM