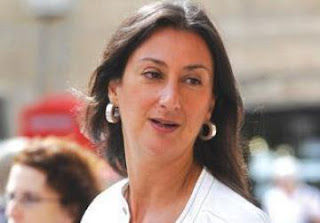 The Guardian is reporting that "The journalist who led the Panama Papers investigation into corruption in Malta was killed on Monday in a car bomb near her home. Daphne Caruana Galizia died on Monday afternoon when her car, a Peugeot 108, was destroyed by a powerful explosive device which blew the car into several pieces and threw the debris into a nearby field."

"A blogger whose posts often attracted more readers than the combined circulation of the country’s newspapers, Galizia was recently described by the Politico website as a 'one-woman WikiLeaks'. Her blogs were a thorn in the side of both the establishment and underworld figures that hold sway in Europe’s smallest member state."