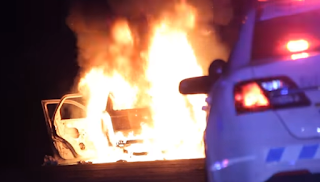 The Peacearch News is reporting that "Police have identified the victim of a deadly double shooting Friday night in Surrey. Vancouver’s Randeep Kang, 27, was killed just before 9 p.m. in the 11300-block of Alpen Place, Surrey RCMP say. Two men were found with gunshot wounds. Kang was pronounced dead at the scene and the second victim was taken to hospital. Police say Kang was known to them and was “associated to gang activity.” Investigators believe Kang’s murder was targeted and linked to other gang violence in the Lower Mainland."