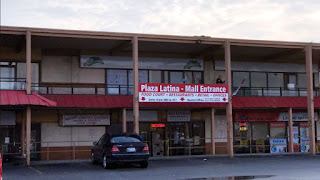 Global is reporting that "Police are investigating after a 43-year-old Toronto man was gunned down at a North York plaza Saturday evening. The victim suffered multiple gunshot wounds and was pronounced dead on scene. He has been identified by police as James Clayton Holland. Holland has been identified as one of the owners of a pot dispensary located on the second level of the plaza. Sources tell Global News he had just locked up the shop for the night, before he was fatally shot."

Kim Bolan is reporting that the victim was a former member of the BC Hells Angels who continued to make money after he was kicked out of the club. Once again L & R has nothing to do with it. It's all about maintaining a monopoly on the drug trade.

James Holland was the secretary of a company called GJP Holdings Ltd., which was headed by Gino, Brandy's Ex and was disolved in 2007. With friends like that, who needs enemies?