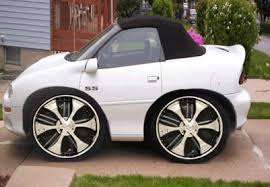 Well this is rather bizarre. Front page of today's Vancouver Province spins for Linda Hepner's insane plan to put LRT down 104th Avenue between Guildford mall and Surrey place. That is obscene. I can tell you two things. No one who lives in Guildford wants an onground train running down 104th Avenue reverting 104th avenue to a single lane of traffic each way.

Linda Hepner claims she prefers LRT because it is cheaper than Skytrain. I can tell you right now NOTHING Linda Hepner or Dianne Watts does has absolutely anything thing to do with saving money. Everything they do is about spending money and raising taxes. Everything.

Linda Hepner claims that SkyTrain would cost about $950 million more to build and the operating costs are 40-per-cent higher than LRT. I can tell you right now that is a Bold Faced Lie. Her plan at first estimate costs $2.6 billion. That's just the first estimate. There is not a snowballs chance in hell extending the track for Skytrain to Newton and if needs be along Fraser Hwy and 100th Avenue to Guildford would cost $950 million more than $2.6 billion. The Vancouver Province just printed a bold faced lie in their front page article.

Think about it, Skytrain is already in place. All they have to do is extend the track along King George Hwy to Newton. They already have the cars and storage space for the cars at night. Extending the track and buying a few extra cars will not cost 950 million more than $2.6 billion. That is a lie and completely fails the test of believability.

Skytrain currently ends at King George Station on 100th Avenue. They are currently widening the road on 100th Avenue. They could put the Skytrain track right along the middle of 100th avenue and keep two lanes each way. It would be a beautiful ride through Green Timbers. Reducing 104th Avenue to a single lane is complete insanity. Wake up to reality.

However, we don't want Skytrain to Guildford. We have park and ride in place. If you want to bring the social problems on the Surrey Strip to Guildford you can go f*ck yourself. First you need to fix the Surrey strip before you bring Skytrain to Guildford. People say it's about getting people out of their cars. No one has the right to say I am not allowed to drive a car or ride a motorcycle. Especially if it's an electric care or propane vehicle. I have that right.

People with cars prefer Skytrain because Skytrain doesn't impede traffic. People with cars have a say because they pay Translink a billion dollars a year in a 10 cent a litre regional gas tax above and beyond regular federal and provincial gas tax. 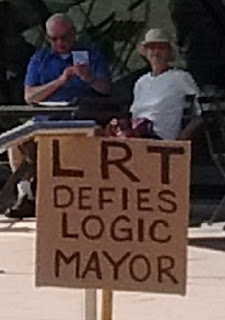 This scathing piece of misinformed propaganda was brought to you by the one and only Harold folds like a cheap tent Munro chief editor of the Vancovuer Sun / Province. Thanks for nothing. 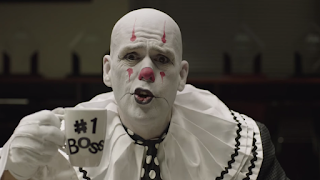