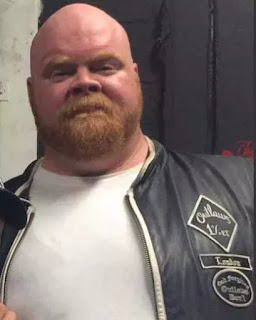 The London Free Press is reporting that "A London man police say is a member of the Outlaws Motorcycle Club is charged in a murder plot, the third member of the biker club’s London chapter to be arrested in less than two weeks."

The Toronto Sun is reporting that "The Outlaws, a biker club with chapters across the world, opened a London clubhouse on Brydges Street in May. The club had previously kept a low profile in the city following the demolition of its Egerton Street clubhouse in 2009. But the bikers left their clubhouse shortly after The Free Press published an article on its opening, the woman who owns the building said." This is obviously proactive targeting of the Outlaws MC.

Ontario still has a Biker Enforcement Unit. BC got rid of theirs after the David Giles and Johnny Newcome bust in Kelowna. The Outlaws MC don't exist in BC. Although the Outlaws are well respected, here it's all Red and White. The Hells Angels get police protection in BC now.