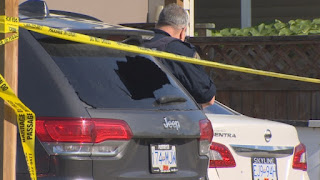 CBC is reporting that "Police in the Cloverdale area of Surrey and officers in West Vancouver are both seeking tips after bullets struck homes in the two communities Sunday morning. It doesn't appear that the two incidents are related, despite sharing similar details. In Surrey, in the 17200 block of 65th Avenue, police say that someone fired shots around 11 a.m. PT at another person in a vehicle. The vehicle was hit along with a nearby residence. No one was injured."

"Hours earlier, at around 3:30 a.m. in West Vancouver, a British Properties residence was struck with bullets in the 2600 block of Finch Hill. Police say multiple shots struck the home, resulting in damage inside and out. "​Fortunately, no one was injured despite several people having been at the home earlier for a house party," said a release from West Vancouver police."