Another Mass Shooting in the US 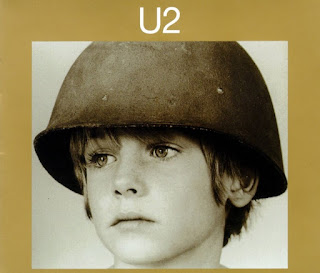 Tragedy strikes Vegas last Sunday and the song by U2 Bloody Sunday comes to mind. A black guy stabs a cop in Edmonton and it's a major terrorist attack. Yet a white guy shoots 59 people dead and injures 500 and it's just another mass shooting. I certainly don't want to minimize the trauma of Sunday's tragedy in Vegas. It keeps being replayed in the news over and over again and hits home given the fact that Canadians were killed even one man from Maple Ridge.

CNN is reporting that "According to data compiled by Mother Jones magazine, which looked at mass shootings in the United States since 1982, white people -- almost exclusively white men -- committed some 64% of the shootings. The examples are infamous. Roof and the Charleston church massacre. Lanza and the shooting at Sandy Hook Elementary School in Newtown, Connecticut. Holmes and the slaughter inside an Aurora, Colorado, movie theater."

"Black people committed close to 16% of the mass shootings Mother Jones looked at, while Asians were responsible for around 9%. People identified as either Latino, Native American and unknown rounded out the study."

Again the most baffling question in the Vegas shooting is the motive. No one knows a motive. No religious or political affiliation. No connection to the victims. Nothing. Every crime has a motive. A kid gets bullied at school and comes back to shoot the bullies and the kids who condoned it. Insane logic but a motive nonetheless.

Years ago the phrase going postal became common in the US due to a toxic work environment. A guy gets fired from the Post Office and comes back to shoot his manager and his coworkers. Completely insane but the connection reveals a motive. In this case there's nothing.

Steven Seagal once said that he feels many of these mass shootings are engineered. Without diminishing the solemnity of the tragedy I have to agree. Not all mass shootings are staged but I do believe some are. In this case the number of inconsistencies is concerning. Right now the renewed call for gun control in the United States appears to be the only motive on the table.

Acts of heroism emerge from the chaos

Sonny Melton from Tennessee died shielding his wife Heather from bullets during he shooting. Greater love hath no man than this yo. Compare that to the Montreal Hells Angel who used a waitress as a human shield durirng a shooting.

Jordan McIldoon was from Maple Ridge and worked in Surrey. The Vancouver Province is reporting that "McIldoon’s parents Angela and Alan provided an emailed statement to media Tuesday describing their late son as a fearless and compassionate young man who lived a life full of adventures. They said he grew up on the family’s acreage in Maple Ridge. He enjoyed playing hockey and snowboarding, as well as BMX and downhill mountain biking. He drove a Harley Davidson motorcycle and enjoyed NASCAR and country music. He “was rarely seen out of his cowboy boots,” the family said.

Jordan McIldoon was on track to complete his heavy-duty mechanic apprenticeship in one month and loved working for Jacob Bros. Construction, the McIldoons said. They said their son was living on the family’s property with his girlfriend Amber Bereza, who was with him at the concert Sunday. “Jordan did his best to make sure Amber was safe and we know he would have helped others had he not been injured himself,” they said. “We choose to focus on love over hatred and are moving forward knowing that Jordan was so incredibly loved by many. His was a life well lived. He was our only child and no words can describe our pain in losing him.”

A GoFundMe page has been set up to help the family mourn and prepare for their son’s funeral.