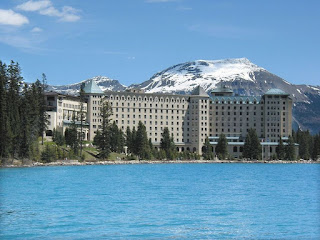 The Calgary Herald is reporting that "The RCMP major crimes unit is investigating after the body of a woman was found in the Fairmont Chateau Lake Louise" on Sunday. That's really sad. The Chateau on Lake Louise is beautiful.

"CBC is reporting that "A well-known Saint John, N.B., couple who were visiting Alberta are dead. Dentist Cindy McCormick was attending a dental convention in Lake Louise. Her romantic partner, Robert (Bobby) Kaine, a firefighter and hockey player, also went to Alberta to visit his son, daughter-in-law and grandchildren."

"Investigators from the major crimes unit have collected sufficient evidence to determine the woman's death is related to the death of a 52-year-old New Brunswick man whose body was found in a vehicle west of Lake Louise on the same day, Cpl. Curtis Peters said in a statement Tuesday night. The identity of the man, whose death has been classified as non-criminal in nature, has not been released." Very sad. I just dont get it. 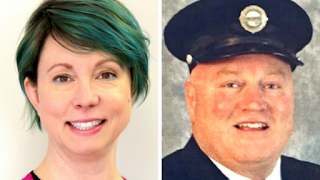