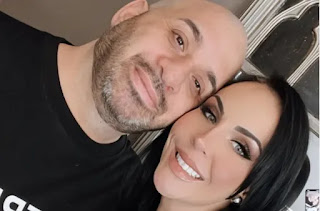 Update: Michael Tyrel Arnold has been arrested and charged

CBC is reporting that "Talal Fouani, left, was on bail for organized crime and money laundering charges when he was shot while sitting in his parked Bentley outside his southwest Calgary home. Fouani's wife, Nakita Baron, 31, was killed in what police have called a targeted attack."

"In 2020, Fouani testified against his former friend and business associate Cem (Jim) Can at an Alberta Securities Commission (ASC) hearing. Can was arrested in 2003, along with two Hells Angels associates, accused of extortion and kidnapping related to a stock deal gone bad. The charges were later dropped because of concerns about the reliability of the alleged victim." 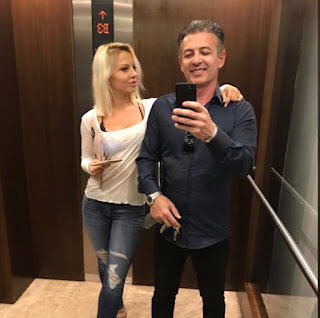 "Of the 23 people Fouani is banned from having contact with, 10 are men and women who have faced drug trafficking charges in recent years following cocaine busts in Alberta, Saskatchewan and Nova Scotia. One of those people is Ricco King, who has faced several sets of charges including an arrest in connection with an international cocaine trafficking ring in 2016."

Obviously all that organized drug trafficking tied to murder is run by a specific criminal organization. I submit that this doesn't involve the Calgary chapter it involves those from another chapter who are financially benefiting from that drug trafficking organization. Just like the Wolf Pack in Vancouver and the Edmonton HAs in Surrey.

When the FK were beefing with the FOB in Calgary that involved the Independent Solders who work for the BC Hells Angels. They have been predominately replaced by the Wolf Pack. I guess Jody York was left high and dry when his pal Donnie McWhirter started working for the PoPo along with Jamie Bacon. What's with CBC? Are they trying to resurrect their lost credibility?

Posted by Dennis Watson at 2:51 PM