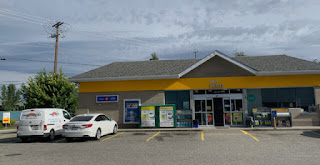 Update: Instead of admitting it was a 14 year old kid shot dead, the CFSEU post a picture of a civilian claiming he may be a witness and has now out that person's life at risk. Those POS don't care about anyone.

Castanet is reporting that "The victim in Tuesday night's shooting is “connected to criminal organizations,” according to Kelowna's top cop. During a press conference Wednesday afternoon, Supt. Kara Triance reiterated the victim is not expected to survive the shooting, after he was shot outside the Shell gas station near the corner of K.L.O. and Benvoulin roads at about 10 PM. The Kelowna RCMP is “working very closely” with the Combined Forces Special Enforcement Unit – B.C.'s anti-gang police agency."

Good luck with that. If you want something done, you've got to do it yourself.

When will it stop?
The 2nd picture features the 14 year old TW who was shot and killed due to gang violence and now his best friend is most likely going to die as well.
Tragic.
Parents - get a grip please. pic.twitter.com/PwNgYHmr47 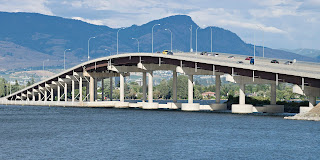 CTV is reporting that "A body found in Okanagan Lake has been identified and first-degree murder charges have been laid in the case, according to an update from Mounties. On Saturday, the West Kelowna RCMP issued a public appeal for information after finding a man dead in "shallow water" under the William Bennett Bridge the previous day. On Tuesday, investigators announced they had arrested and charged 25-year-old Wyne Zablan."

The Rossland News is reporting that "“There was a vehicle used to commit this crime.”

There's a publication ban on this one already as well. WTF?

Kelowna Cap News is reporting that "Former West Kelowna Warrior Parm Dhaliwal was found dead in a New York hotel room on July 30, announced by the team via Twitter." Parm was originally from Surrey.