The Morning Star is reporting that "UKRAINIAN forces were accused of shelling residential areas of the eastern city of Donetsk on Saturday night with hundreds of so-called petal mines littering the streets in the aftermath. The tiny bombs, which are shaped like small flowers, were found in the centre of Donetsk, areas close to the city’s university, recreational areas and others."

Petal bombs are a small type of landmine. The use of them in civilian areas is totally banned. Russia claims Ukraine is launching them while the Ukraine claim Russia is. It doesn't take a brain surgeon to figure out who is lying and who is telling the truth. Again.

The Donbas is in Eastern Ukraine which is predominately Russian speaking inhabitants. This is the area that opposed the trans National coup against the elected Russian president. It is also the area that the Ukraine has been shelling for years before Russian moved in to protect them.

Why would Russia scatter cluster bombs in that area? They wouldn't. The transnational president of the Ukraine is lying again. Just like they lied about who bombed the Russian prisoners. The fake news lied and said Russian aircraft dropped petal bombs in Kharkiv Oblast which is also in the East. They wouldn't do that to the people they went in to protect. The fake news is lying. 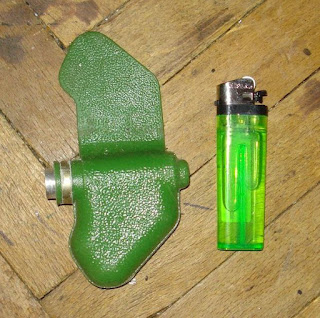 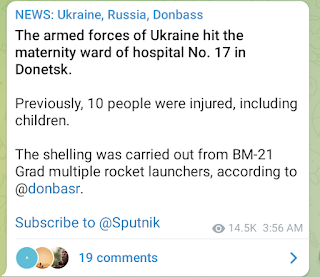 Russia isn't going to shell Donbas. That's who they are protecting. 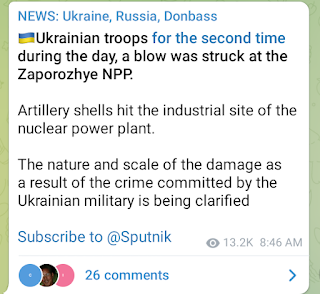 Zaporozhye is in the East where the Russian speaking Ukrainians live. Russia would not shell their power plant. That's who they are protecting. The Fake News is lying. Again. 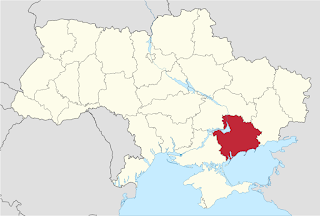 Ukraine cut off the water supply to Crimea in 2014.