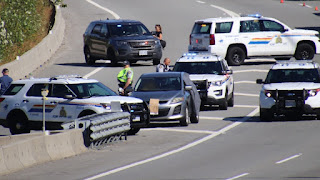 The Burnaby now is reporting that "Burnaby RCMP say a vehicle fire in Brentwood is linked to a gang shooting that left one man dead and another injured on Highway 1 by the Kensington exit (2:30 PM Wednessday afternoon). A vehicle found burning in an alley by Beecher Park in the Brentwood area is believed to be connected to the shooting." Same MO.

CTV is reporitng that "Homicide investigators have publicly identified the three people shot at South Surrey Athletic Park last weekend, and are renewing their appeal for witnesses to the incident. The Integrated Homicide Investigation Team said in a news release Friday evening that the three people shot were 26-year-old Harbir Khosa, 20-year-old Robeen Soreni and 19-year-old Jordan Krishna." 6ixaktv was right. So why did the CFSEU get 6ixaktv​'s website shut down?

Was it because they told the truth about who Harbir Khosa was really working for which countered the CFSEU's false narrative? 6ixaktv reported that Harbir Khosa, who was recently shot in Surrey, "was last working with Gary Kang and the Red scorpions but did have ties to the UN guys, originally. It’s clear that he was doing his own thing and the other victim in Jordan was working under Khosa. Some say he was recently aligned to the Wolfpack guys…"

This is a copy of the post that the CFSEU had taken down reposted on my mirror.

The Wolf Pack and the Red Scorpions both work for the Hells Angels. All roads lead to Rome...

CTV is reporting that "The shooting took place in the parking lot of South Surrey Athletic Park at 14600 20 Avenue around 2:45 p.m. on July 30, police said. According to investigators, the shooting was a single, targeted incident, and has been linked to gang and drug activity."

So I guess decriminalizing hard drugs hasn't reduced gun violence, it's just made it worse. More money to be made means more people fighting over those profits. Evidently, reducing the minimum sentences for violent gun crime hasn't reduced gun violence either. Neither has taking registered guns away from target shooters. Justin Trudeau is the root of the problem here. 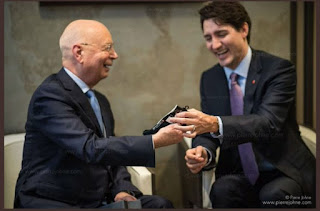